A groundbreaking study from Johns Hopkins University shows that for big segments of the population it is. … When Alexander and his team analyzed all the data, they made a bleak discovery. Not only did the poor stay poor, but only 4 percent of urban disadvantaged students graduated a four-year college. The vast majority returned to their poverty-stricken neighborhoods after school. “Kids who grew up in low-income distressed neighborhoods on average had lower levels of completed schooling, lower-status jobs and lower earnings as young adults,” Alexander explained. Of the nearly 800 children originally surveyed, only 33 moved from birth families in the low-income bracket to the high-income bracket as young adults. Middle-class children were more likely to move up. …. Race also played a major role. Forty-five percent of white men from low-income backgrounds ended up with good-paying trade jobs, such as plumbers or factory workers. But only 15 percent of black men found the same. …. On top of that, white workers made twice as much money. Alexander believes a lot of this has to do with social network advantages: family and friend connections that give white men better access to the most lucrative sectors of blue-collar work. He said this subtle but powerful privilege “goes back generations, we’re convinced.” …. 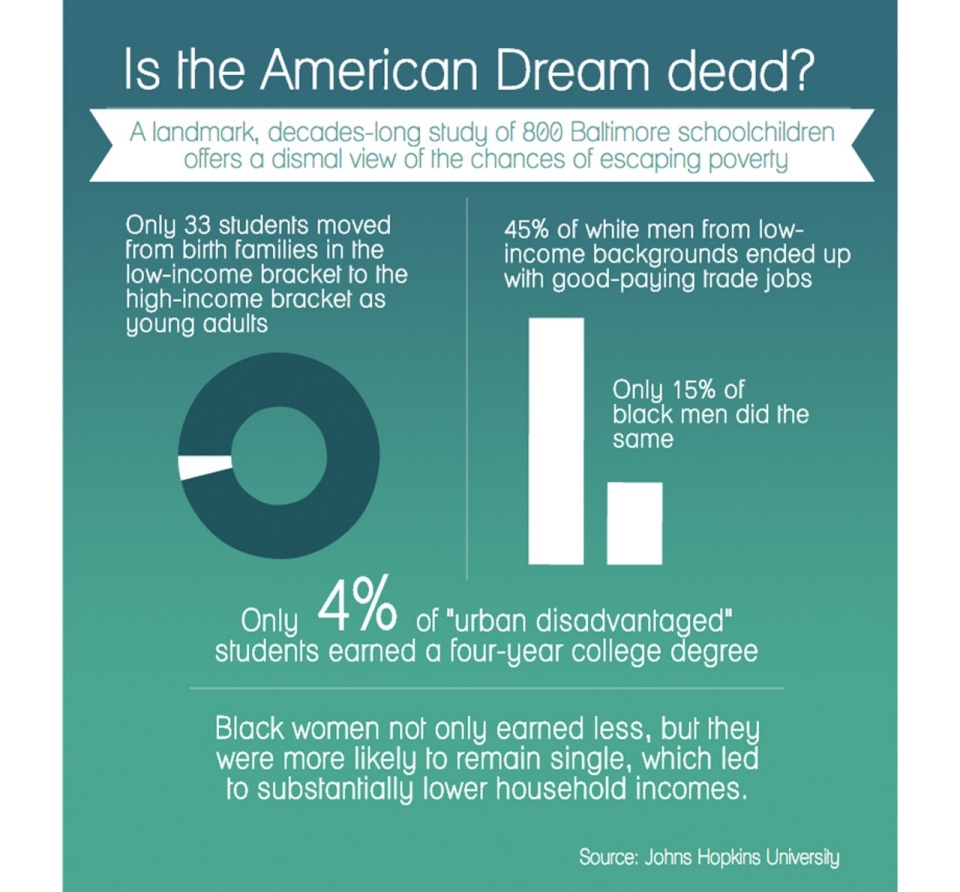